Ascholar specialized on the intersection of law, history, and society, Mugambi Jouet became a law professor at the University of Southern California (USC) after teaching at Stanford and McGill. His book Exceptional America: What Divides Americans From the World and From Each Other was published by the University of California Press in 2017. He has especially explored the distinctive evolution of American criminal justice, government, and political culture.

His research has appeared in peer-reviewed academic journals or law reviews, such as the American 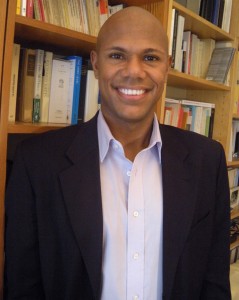 Journal of Comparative Law, American Journal of Legal History, Journal of Criminal Law and Criminology, Federal Sentencing Reporter, and Theoretical Criminology. His commentary has been featured in Slate, The New Republic, Boston Review, Mother Jones, The San Francisco Chronicle, The Huffington Post,  The Hill,  Libération, Le Nouvel Observateur magazine, and Le Monde, France’s flagship newspaper. He has been interviewed by the media many times, such as on C-SPAN’s Book TV, diverse National Public Radio shows, France 24 TV news programs, French national public radio, CBC, and Radio Canada. He has presented his research at the 92nd Street Y in Manhattan, Commonwealth Club in San Francisco, Cambridge Forum at Harvard Square, Politics & Prose in Washington, D.C., and the L.A. Times book festival. He gave keynote lectures at the University of Pennsylvania’s Levin Family Dean’s Forum in 2018 and at the University of Toronto’s Center of Criminology & Sociolegal Studies in 2020, among multiple other academic lectures.

His book Exceptional America takes a comparative look at peculiar dimensions of American politics, culture, law, social issues, economics, religion, and criminal justice, from mass incarceration to the death penalty. At a time when the Bush, Obama, Trump, and Biden presidencies have sharply divided the United States, it explains how and why Americans are far more polarized than other Westerners over their basic values and worldview. Alongside historical, political, legal, and sociological sources, Jouet’s book draws on his observations as a “global citizen” having lived in different regions of America, from the liberal North to the Southern Bible Belt and West Coast.

Raised in Paris by a French mother and Kenyan father, he attended university in the United States, studying law, public policy, and history. Before entering academia, he served for three years as a public defender representing indigent persons in Manhattan’s courtrooms, from homicide cases to the War on Drugs. Trilingual in English, French, and Spanish, he has traveled widely internationally and within America.

“Juveniles Are Not So Different: The Punishment of Juveniles and Adults at the Crossroads,” 33 Federal Sentencing Reporter 278 (2021) (peer-reviewed).

“Mass Incarceration Paradigm Shift?: Convergence in an Age of Divergence,” 109 Journal of Criminal Law and Criminology 703 (2019).

The Politics of Faith and American Exceptionalism, Huffington Post, April 29, 2012.

Why Gay Marriage Is So Controversial in America, Huffington Post, June 1, 2012.

The Separation of Church and State – Then and Now, Huffington Post, June 4, 2013.

Comparing Political Extremism in Europe and America, Huffington Post, May 17, 2012.